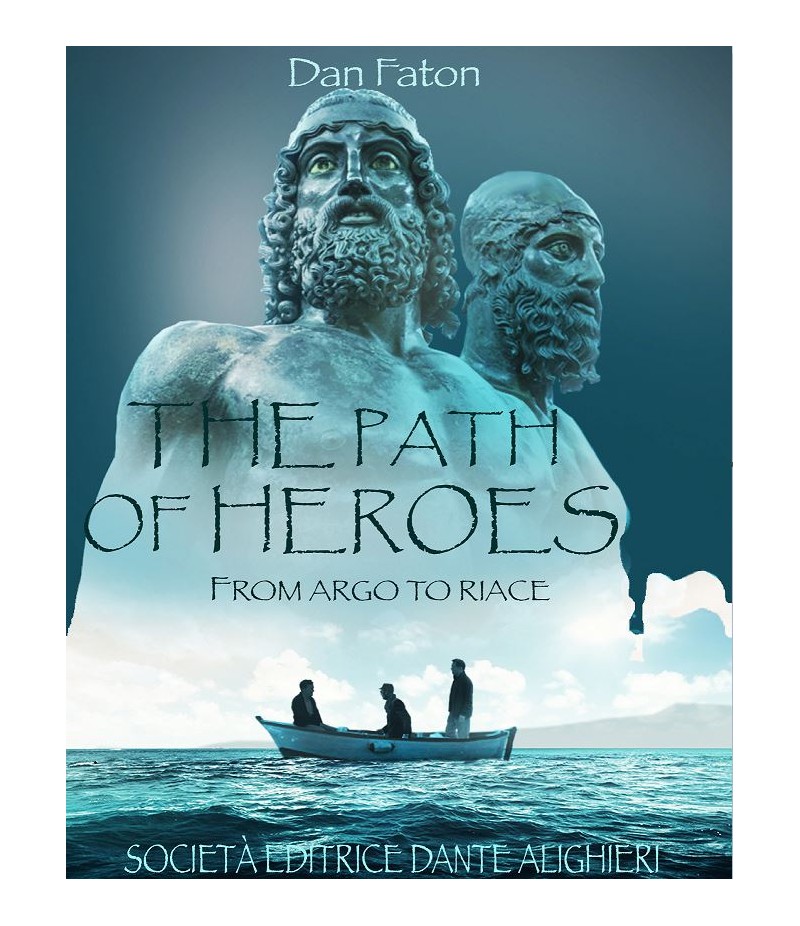 From Argo to Riace

A director struggling with a documentary to save his country from public debt. A young freelance American pursued by the FBI and the Calabrian mafia, the 'ndrangheta, for having discovered the trafficking of works of art stolen from Italy and the United States in a Wikileaks cable. A Greek-Byzantine priest in search of his origins. A young sculptor, an apprentice in a shop in ancient Olympia.

The fates of the protagonists are linked to two ancient statues that for centuries have remained at the bottom of the sea: the Riace Bronzes. The mystery of their discovery, the disappearance of the spear, shield and much more has divided scholars around the world. The two warriors continue to question us, along with the legends and myths that still live among the inhabitants of the blue Ionian.

The events narrated in the novel unfold along different temporal levels, in a succession of twists and turns, experienced by the protagonists in different eras: from the ancient Argos and Miceneal times of ancient Greece to the present day in Calabria and the USA.